Compare prices from multiple car hire suppliers in Oeiras to find the best available deal. A few of the car rental companies we compare include Gold Car, Budget, Avis, Hertz, Sixt and many more. 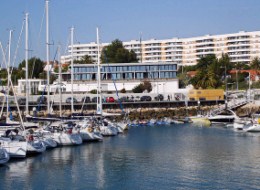 The municipality of Oeiras is located in the western part of the Lisbon Metropolitan Area. It is in a conurbation with the city of Lisbon. The municipality boasts a population of 168,475 inhabitants (2010) and is 45.7 square kilometers in size. The town of Oeiras inside of the municipality is one of the most populated towns in the country.

There are a wide variety of attractions to see while in Oeiras, including the Fabrica da Polvora, which is a former gunpowder factor that was running during the sixteenth century, and Poets Park, which is a beautiful green space housing a number of statues of famous Portuguese writers and poets. There is also the Maritime Walk, a magnificent seaside promenade that links up to the Torre Beach, and a modern marina.