Compare prices from multiple car hire suppliers in Beja to find the best available deal. A few of the car rental companies we compare include Gold Car, Budget, Avis, Hertz, Sixt and many more. 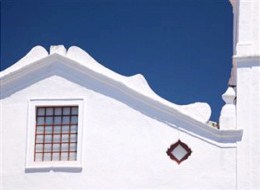 Beja is a Portuguese city location in the region of Alentejo. It boasts a population of 23,970 inhabitants and is 1,147.1 square kilometers in size. Beja is known for the number of historical sites within the city limits.

There is the Beja Castle, which dominates a majority of the city. It was erected in the thirteenth century over the remnants of a Roman era castellum which had been previously fortified by the Moors. Individuals can get to the top of the keep by climbing up 197 steps.

There is also the Visigothic Museum. It is a whitewashed Latin – Visigothic Church of Santo Amaro. It is one of four churches left that are from pre-Romanesque times. Certain parts of the church date all the way back to the sixthe century. There is a small archaeological museum inside.

The city of Beja is serviced by the Faro Airport (FAO). It is located just 111.78 kilometers from the center of Faro, the capital city.